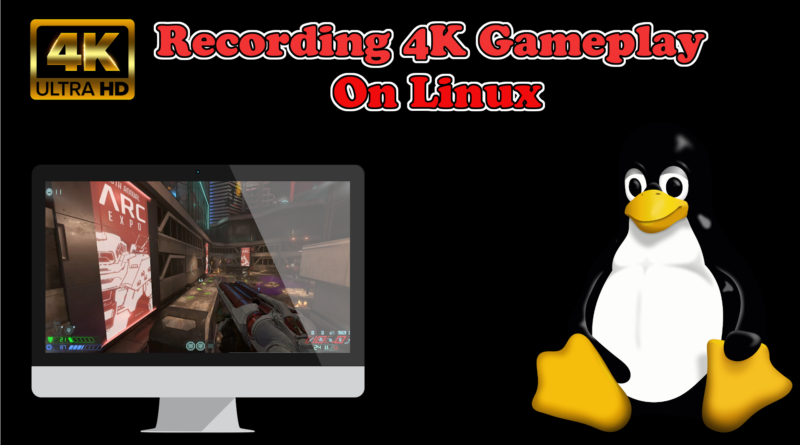 I know what you people think, that I am going to present you with a solution evolving OBS fixing all the crashes and staggering that we all get when we try to record beyond [email protected]

In matter of fact I tried all possible settings combinations with OBS but I never came up with a video file having an acceptable quality.

It was about time to start working on the CLI…

So I tried to use FFMPEG to do a straight up recording of the entire screen while playing on native resolution.

Obviously I did a google search and I came up with a page about Screen Recording.

After I did few tests I remembered I have tried all these long time ago, the problem here was x11grab. It performs miserably slow…

So I started digging around on the FFMPEG documentation, until I realized the kmsgrab could be an alternative…

The cryptic description of kmsgrab made me to misunderstood its usage…

And then when I finally read the description properly a miracle happened! I used kmsgrab as the input device and immediately I was able to record flawlessly 4K gameplay! Of course I tried different settings to make it faster and I ended up with the following command

Before the actual command we define the system variable

this I used to specify into the Video Acceleration API which driver will be used. For my case as I wanted to use my AMD GPU the driver was radeonsi.

My device path was /dev/dri/renderD128.

Moving along, I had to increase the thread_queue_size to a larger number as I was getting few warning messages about it.

Other settings here like the framerate etc are self-explanatory. The most important thing that you need to calculate though is how to tell FFMPEG what to record, especially if you have multiple monitors like me.

The trick here is to calculate your overall resolution and then use the crop and scale to define your recording.

My 2 monitors are stacked up vertically, so my total width is 3840 and total height is 3200

I believe by now you are wondering that I missed the audio recording! Well, yeah… I tried several encoders but if I tried to record video and audio at the same time with the same ffmpeg command I run into performance issues, mostly on the audio part!

And then I thought, I am going to anyway do things via command line, so whats the issue? I can easily separate them and join them together later on!

The audio command I used

Its very important to use pulse + alsa as otherwise my tests would fail.

This way you can use the monitor device of your output audio device to capture the audio playing in your speakers!

My device is alsa_output.pci-0000_0a_00.3.iec958-stereo.monitor mind the .monitor at the end. You can get a full list of your audio devices and find yours by issuing the command

Using Tmux to rule the recordings

The final touch was to find a way to manage both recordings and auto start them at the same time. Thank god we are on a Unix-based operating system, lots of options! I picked tmux to achieve this.

If everything went as planned, you should be able to modify and execute the script above. You can then attach on the newly created tmux session and you will be able to stop the FFMPEG processes whenever you are done recording.

Now you should have 2 files generated under ~/Videos/<project name>/

For a very simple editing I use the most recent version of OpenShot. This way I am able to just drag and drop the files there and sync them out. I created the following video with the process described on this post.